Shanna took this photo of Johnny and me at the Lighthouse Hostel/Restaurant.

Shanna is a Canadian gal from Barrie, Ontario who had just finished her contract teaching Derek’s daughter at Derek’s Place.  We met Shanna during communal meals.   She was leaving Little Corn Island to head back home to Canada the day after we were leaving Little Corn.  Shanna is an incredibly fun and interesting 22 (I think) year old who is very independent.  She went to university in Toronto and worked as a tour guide, she planted trees, she was looking into forest fire fighting for her next adventure.

Our last breakfast at Derek’s was spent with Shanna, and two other young couples, one from Georgia, USA and the other from UK.  We had a great breakfast discussion mainly about health insurance and education in the 3 countries.  After breakfast we had mentioned we were heading to the Lighthouse with thoughts of climbing the tower and Shanna offered to join us and lead the way!  We happily accepted!  We met at 11 and walked to the Lighthouse, had a great lunch (I mean really gooood), and enjoyed the views from what I believe is the highest point on Little Corn.  We also took a tour of one of the hostel rooms and they are really quite impressive.  Newer, clean, well appointed.  I would highly recommend this location to get some night breeze, great views and still be close enough to the main village.

Shanna seems to make the most of where ever she is.  During her time on Little Corn she became an important part of the night time social scene helping to organize (and very much participate in) Karaoke, Quiz Nights, Open Mic Nights and probably more!  As we wandered through Little Corn with her almost everybody said hello to her or stopped to chat.  She had only been there for a couple of months but a very positive ‘mark’ on the Island!

Yes, first photo is me…halfway up the tower with Johnny behind.  Shanna & I both agree I could simply post this photo and say that I did it…well…uhhh…I didn’t lol…..the tower kind of hyper extended outward after the point I was at and given my lack of arm strength I was terrified.  I  actually tried three times to do it and froze each time.  Shanna was absolutely hilarious trying to encourage me to do it…and in the end, she spurred Johnny to the top! 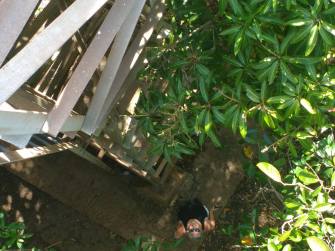 After this first attempt (because no-one went because I didn’t)….we went back to the restaurant, grabbed another drink….and fortified Johnny and Shanna did the job and climbed the tower!  These are my photos from the ground looking up at the brave souls Johnny & Shanna. 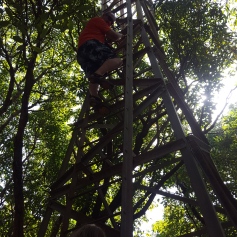 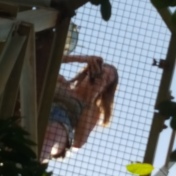 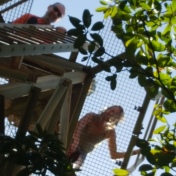 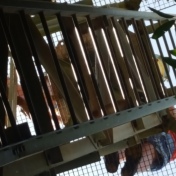 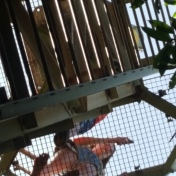 These are the photos Johnny and Shanna took from the top! 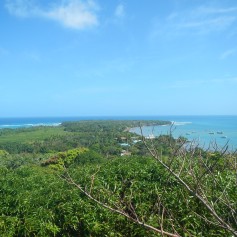 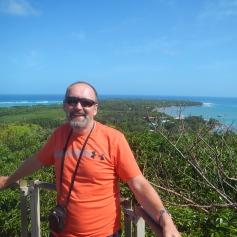 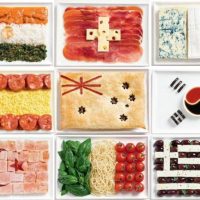 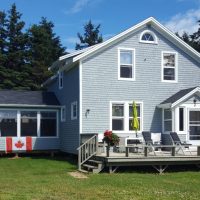 A girl travelling around the world on a motorcycle.

A glimpse into my (food-filled) life!

Around the world in 80 cuisines

My quest to cook four meals from every region in the world!

a Canadian In Brazil

Do not go where the path may lead, go instead where there is no path and leave a trail. - Ralph Waldo Emerson

A MOSAIC OF BITS AND PIECES ON TRAVEL, LIFE AND TIMES